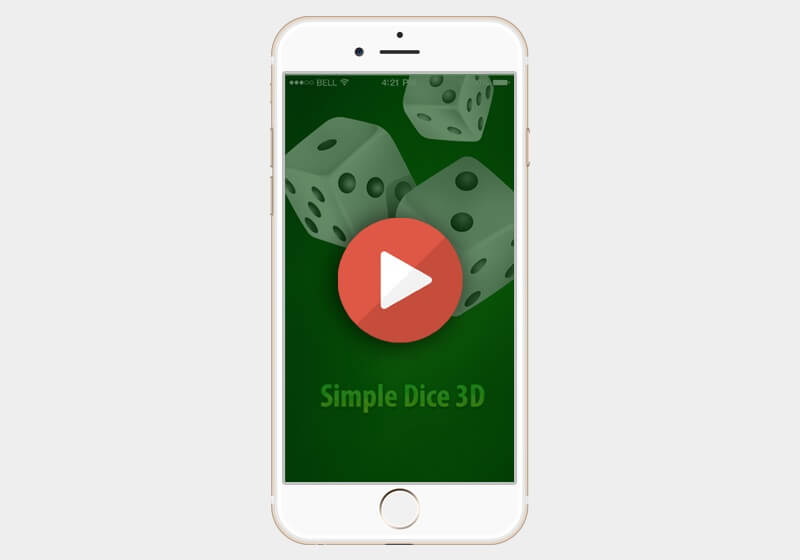 Goal
The application is developed to emulate roll of the dice for board games, using 3D engine Cocos3D. The application calculates the number of dropped points, there is a possibility to throw from 1 to 12 dices.

Solution
For the implementation we selected Cocos 3D engine, models of dices we have taken from free access in the Internet, physics provides Bullet Physics library. To calculate the dropped points we have developed our own method to provide the scoring, even for cases when the upper face of the cube is not visible (for example under another cube, fallen upon it).

Team
One iOS developer was working on this project. The development took us 200 hours of work.